What is a Superannuation Binding Death Benefit Nomination?

Contrary to popular belief, your Will does not determine who is to receive your superannuation in the event you were to pass away.

Instead, another document, known as a superannuation Death Benefit Nomination, dictates which fortunate surviving soul reaps the rewards of your unspent retirement.

But there are a few types of Death Benefit Nominations and it’s important you choose the right one.

What is a Binding Death Benefit Nomination?

A Binding Death Benefit Nomination is a document submitted to your super fund (or pension fund) directing them with who you would like your super to be paid to if you pass away.

The binding nature of this type of nomination leaves your super fund with no discretion. That is, they must pay your remaining super balance exactly as stated in your nomination.

Who Can My Super Be Paid to?

An interdependency relationship is defined as a close personal relationship between two people who live together, where one or both of you provide financial, domestic or personal support to the other.

Advantages of a Binding Nomination

The main advantage of a binding death benefit nomination is that it provides you with great certainty as to who will receive your remaining super/pension balance if you die, because the trustee of your super fund is bound to distribute it in line with the beneficiaries you have nominated.

Disadvantage of a Binding Nomination

How to Make a Binding Nomination

Because you are still alive and kicking, the dollar value of the eventual superannuation death benefit is unknown at the time of making the binding nomination. Therefore, the form will ask you to specify the people you would like to nominate as beneficiaries and the percentage (rather than a dollar value) of your balance to go to each.

For example, you may nominate your spouse to receive 100%, or each of your four children to receive 25% – it’s up to you. Just be mindful of the potential tax implications of who you nominate.

If you have a self-managed superannuation fund (SMSF), you will need to use your own death benefit nomination form or template. You should contact the administrator of your SMSF or a legal professional to assist with this. Is it better to spend a couple of hundred to ensure a valid nomination, than try to download something off the internet to save money and risk it being invalid; especially given your superannuation could be one of your largest assets on the day you die.

Who Can Witness a Binding Nomination?

For a binding death benefit nomination to be valid, it must be witnessed by two people prior to submitting it to your super fund.

The two witnesses must be over the age of 18 and neither can be listed as nominated beneficiaries on the form.

The death benefit nomination will only become valid once it has been received by the superannuation fund trustee.

Can a Binding Nomination be Challenged?

Additionally, despite a binding death benefit nomination being binding on the trustee, it remains exposed to the risk of a challenge from bitter family members or friends who believe it is unjust that they did not receive their slice of the pie, or even the whole pie for that matter! Note: it is not a requirement for the forgotten party to necessarily be, act or feel ‘bitter’ in order to mount a challenge.

Binding Death Benefit Nominations are valid for three years, at which stage they expire. Your superannuation fund should notify you when your nomination is due for renewal or about to expire.

The reason for Binding Death Benefit Nominations having an expiry date is intended as a protection mechanism for members. As mentioned earlier, you might have made a binding nomination and had a relationship change in the meantime; therefore an expiry date forces you to review the nomination at least every three years.

Death benefits tax is generally payable at a rate of 15%, plus the Medicare Levy. However, the specific amount of death benefits tax payable, if any, is based on who your death benefit is paid to, the form in which it is paid (income stream or lump sum) and the tax components of your super balance, plus any life insurance proceeds.

In most cases, death benefits will be received tax-free by a tax-dependant (e.g. spouse or child under 18), but may incur tax if paid to a non-tax dependent (e.g. child over 18).

Other Types of Death Benefit Nominations

A Non-Binding Death Benefit Nomination is a nomination made to your super fund that is not binding on the trustee. This means that the trustee will consider your beneficiary nominations, but will retain ultimate discretion as to which of your dependants will receive your super in the event of your death.

What if I Die With No Super Death Benefit Nomination?

What Should I Do Now?

Once you have obtained information on what you currently have in place and what is available to you, you can then work with an estate planning specialist solicitor to put in place your overall estate plan, ensuring it is consistent with your wishes. 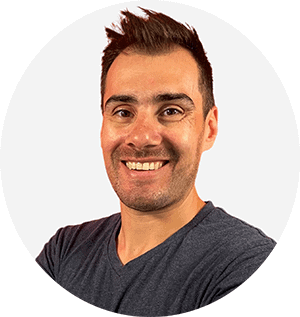 Hi, I hope you enjoyed reading this article.

If you want my team and I to help with your retirement planning, click here.

If you prefer a DIY approach, then check out the SuperGuy HUB.

Thanks for stopping by - Chris