Pension grandfathering rules apply to recipients of account based pensions (formerly allocated pensions) continuing to have their pension assessed for Centrelink and Aged Care purposes under the deducible amount method, rather than the deeming method.

Some conditions need to be met for the pension grandfathering rules to apply.

If the pension grandfathering conditions are met, the deductible amount can be applied to income received from the allocated pension, which usually results in a lower assessable income under the ‘income test‘ for Centrelink, DVA and Aged care purposes.

The pension grandfathering rules do not always provide the best outcome, as will be demonstrated in the example below.

What is Grandfathering in Superannuation?

The definition of grandfathering in superannuation simply means having an old rule continuing to apply to a situation because it wouldn’t be fair to apply the new rules on people in certain circumstances, due to them entering an arrangement with a certain understanding. Applying the new rules would have material adverse consequences on their situation.

In such instances, an old rule will continue to apply to existing situations and the new rule will apply to all identical future situations. A situation has been ‘Grandfathered‘ if it is exempt from the new rules and, instead, continues to have the old rule apply.

A Centrelink schedule generated by the income stream provider will include all of the information required to calculate the deductible amount. See an example of a Centrelink Schedule here.

Need advice on how to reach your financial goals?

Chat to one of our expert advisors to see how we can help you.

The pension grandfathering rules are relevant to the Centrelink or DVA ‘income test’. The income test helps determine the level of social security benefit payments (e.g. Age Pension) that an individual should receive and/or the level of aged care fees payable.

It works like this: Prior to 1 January 2015, all of the income received from account based pensions / allocated pensions was assessed under the ‘income test’ using the Centrelink Deductible Amount method, using the following formula:

*Relevant Number is based on Life Expectancy at commencement and can be found here.

However, from 1 January 2015, account based pensions are assessed under the ‘income test’ using the Centrelink Deeming provisions, unless of course the pension grandfathering rules apply.

Rob started an account based pension with $400,000 on 1 July 2014 at the age of 65. At the same time, he became eligible for the Centrelink Age Pension and began receiving payments.

Rob has been receiving monthly payments from his account based pension of $2,000/mth since it started and made a one-off lump sum withdrawal (commutation) in 2016 of $5,000 to gift to his daughter.

Despite drawing an income of $24,000 per annum ($2,000 per month) from his allocated pension, only $2,695 per annum of Rob’s pension income is assessable under the Centrelink ‘Income Test’.

The current value ($360,000) of the pension is not relevant for this calculation, but is the amount used under the Centrelink ‘Assets Test‘.

Rob’s account based pension would not be grandfathered if any of the following occurred:

Should either of the above occur, Rob’s allocated pension would be deemed for Centrelink ‘Income Test’ purposes and the deductible amount method would no longer apply.

Under current deeming rates, The current value of Rob’s account based pension would be deemed to earn the following income (assuming he is married and has no other savings):

The ‘actual’ pension income received from an account based pension is irrelevant when the Deeming Method is used.

As you can see, above, Rob’s assessable income under the grandfathered Deductible Amount Method is only $2,695 p.a., but is $10,425 p.a. under the Deeming Method. This shows the benefit of the pension grandfathering rules under this situation.

Account Based Pension Centrelink assessment under the ‘Income Test’ is not always better under the pension grandfathering rules.

In this case, he might be better off drawing a lower pension income or closing and restarting a new account based pension so that it becomes deemed.

Keep in mind that closing and restarting a pension may have other implications including, but not limited to; tax consequences, estate planning ramifications, transaction costs, etc.

This article explains the differing income assessment of account based pensions/allocated pensions depending on when the pension commenced and receipt of income support payments.

This information can be used to assist in completing the inputs for an Age Pension calculator.

Here is a link to one of the many Age Pension calculators. However, any online Age Pension calculators should be used as a rough guide only. Actual eligibility and payment rates will be determined by Centrelink or Department of Veteran Affairs (DVA) upon application for social security benefits or assessment for Aged Care fee purposes.

Can I Withdraw My Super at 65 and Keep Working? 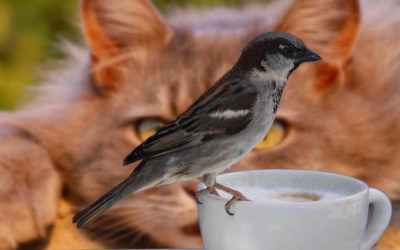